Discover six ways to get rid of bloating.   That extra weight suddenly appearing around the middle after a meal is very uncomfortable.

You know that feeling when your pants start getting too tight around your waist, or you go to put on your pants and can't zip them up.  That feeling  like you're turning into Sponge Bob!

Bloating is caused by many factors.  Discover six ways to get rid of bloating: 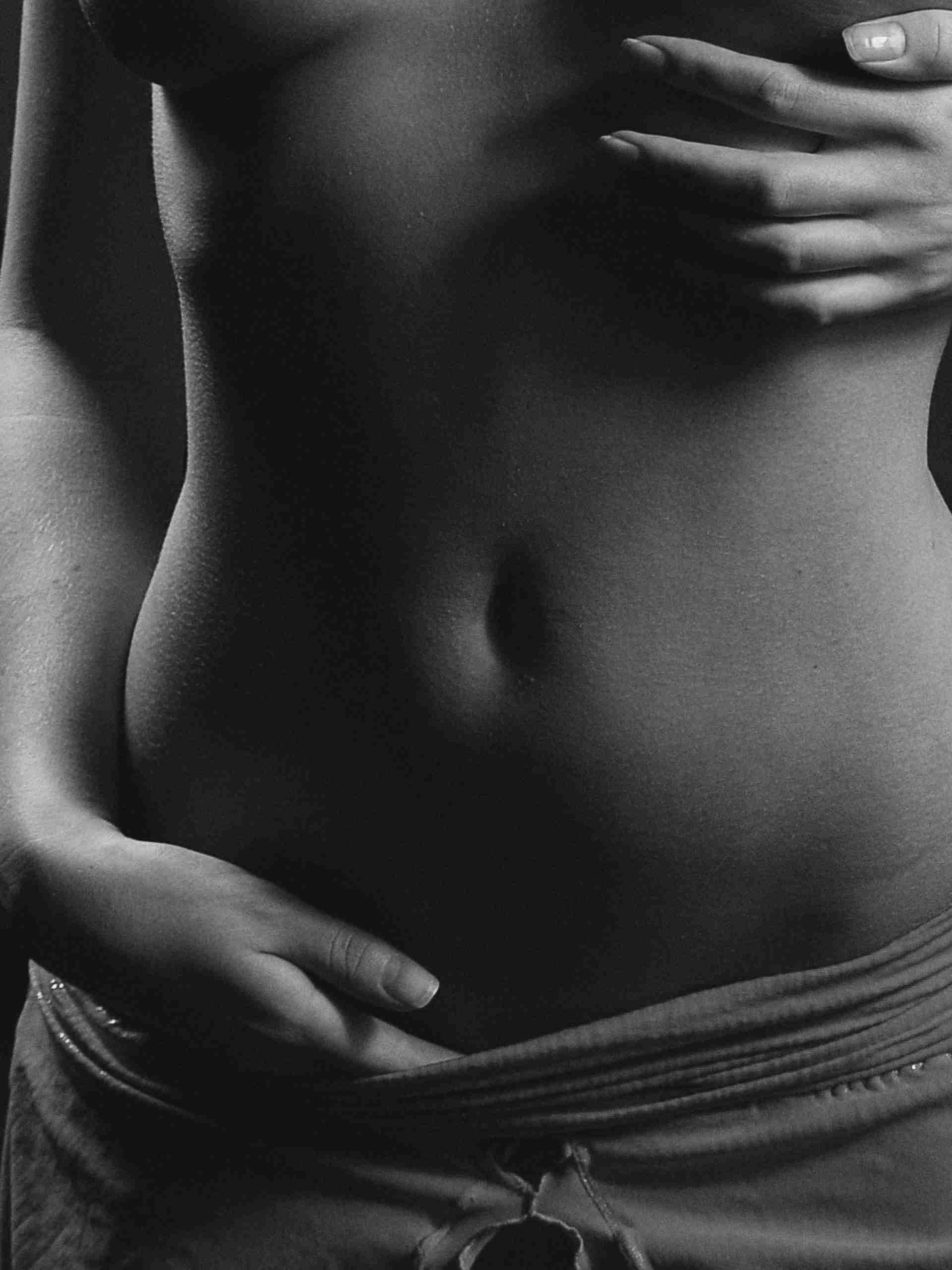 1. Drinking Too Much Water with Your Meal

How much is too much?

Drinking a little bit is fine.  But if you drink a lot of water with your meal, you're watering down your enzymes and also you're decreasing the acidity in your stomach.

So if you're having meat, chicken or fish you have to break that down and the acid in your stomach is diluted too much, then that can cause a digestive disturbance 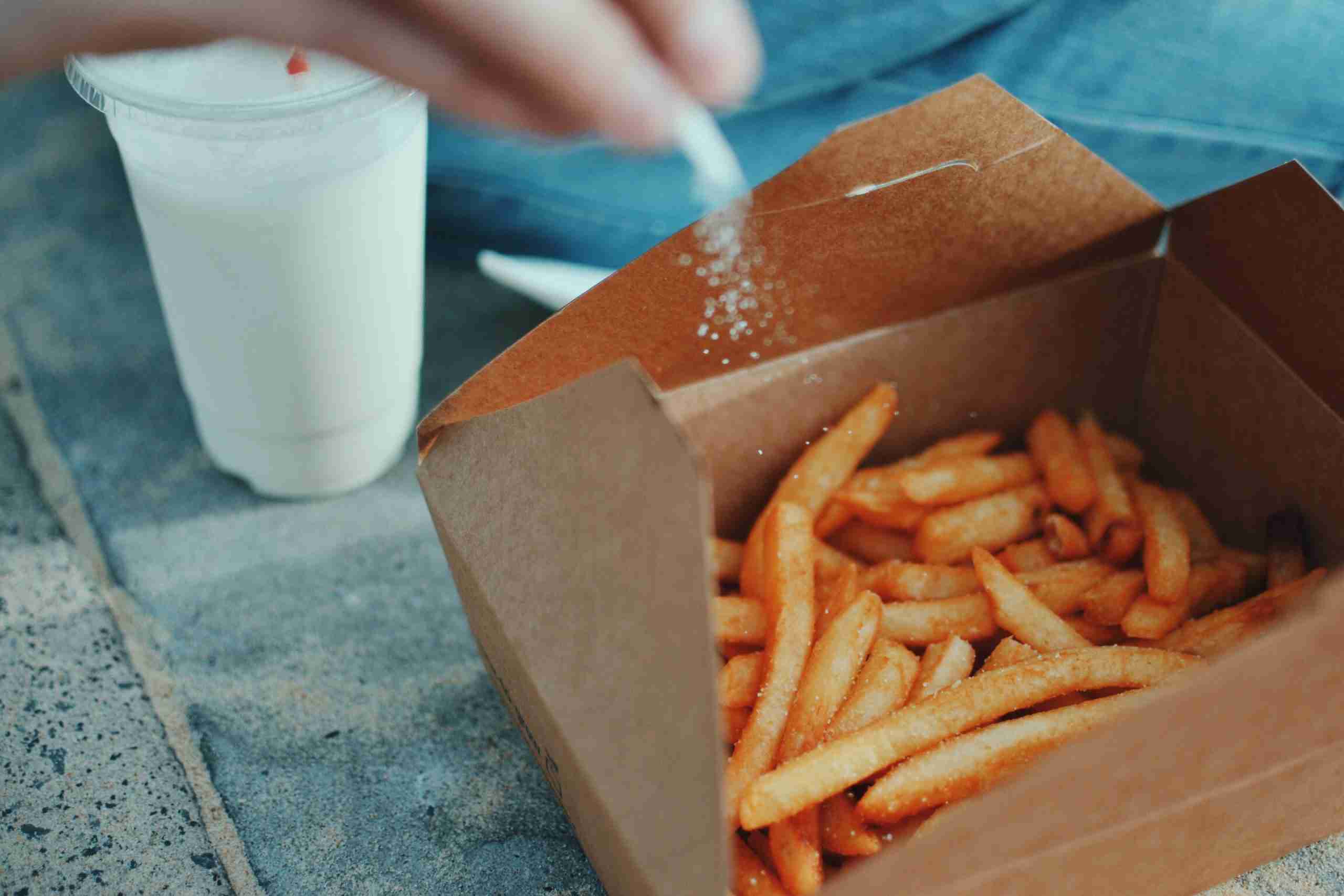 Photo by emmy-smith on Unsplash

I find that if I eat chips the night before, the next day I can always tell I had those chips. Usually, I start feeling that extra bloating around my stomach and the water retention.

So think about this as you get older, especially how much salt are you adding in your food? Did you have chips the night before and that kind of thing? 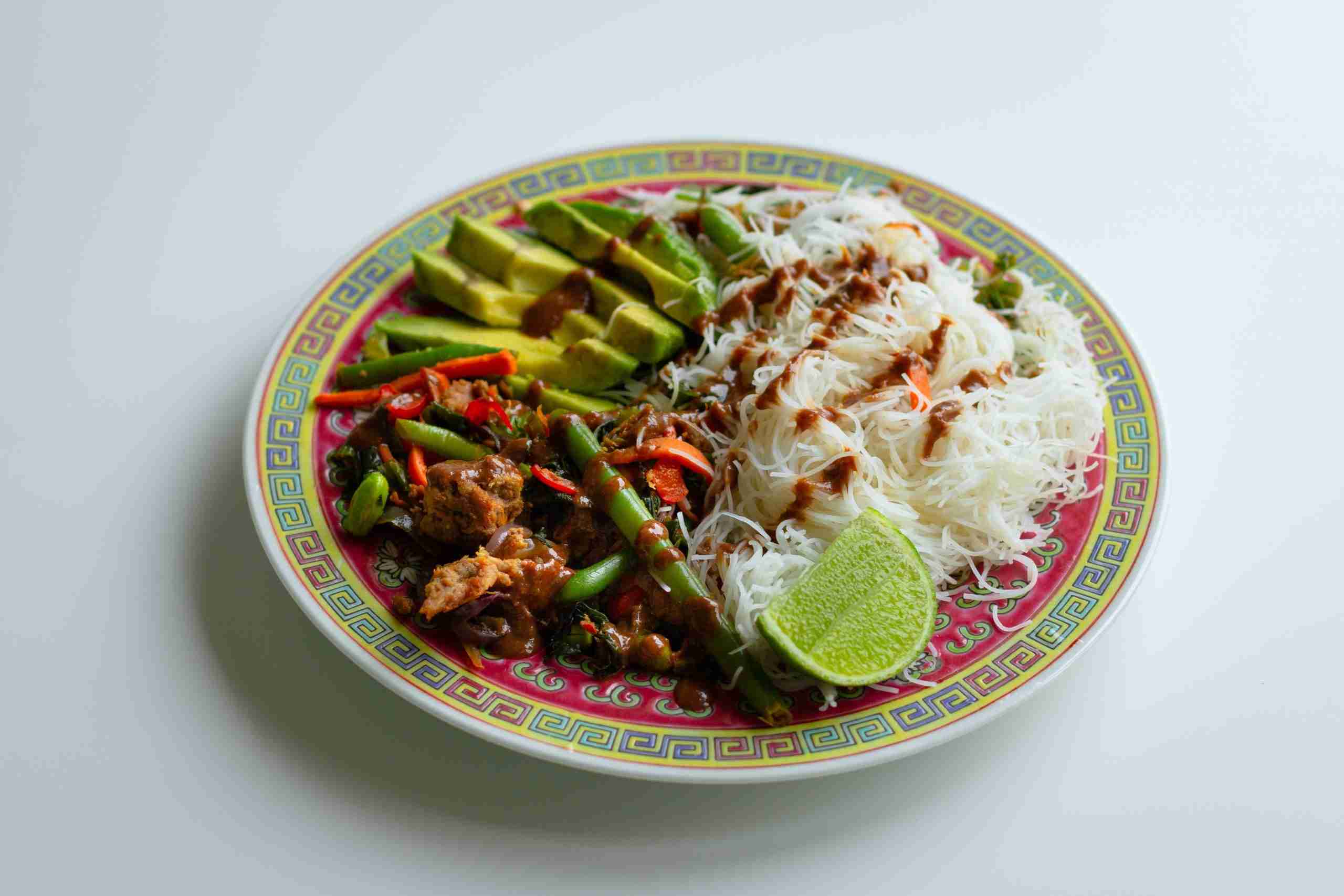 Photo by K8 on Unsplash

Another reason that you may be bloating could be the portion sizes on your plate. So take a look at your plate, how much food is on that plate.

Usually your protein should be about the size of the palm of your hand.

So if you divide your plate with a quarter grains or starches and a quarter of the plate is your meat, poultry or fish, then you can use the other half of your plate for the vegetables. 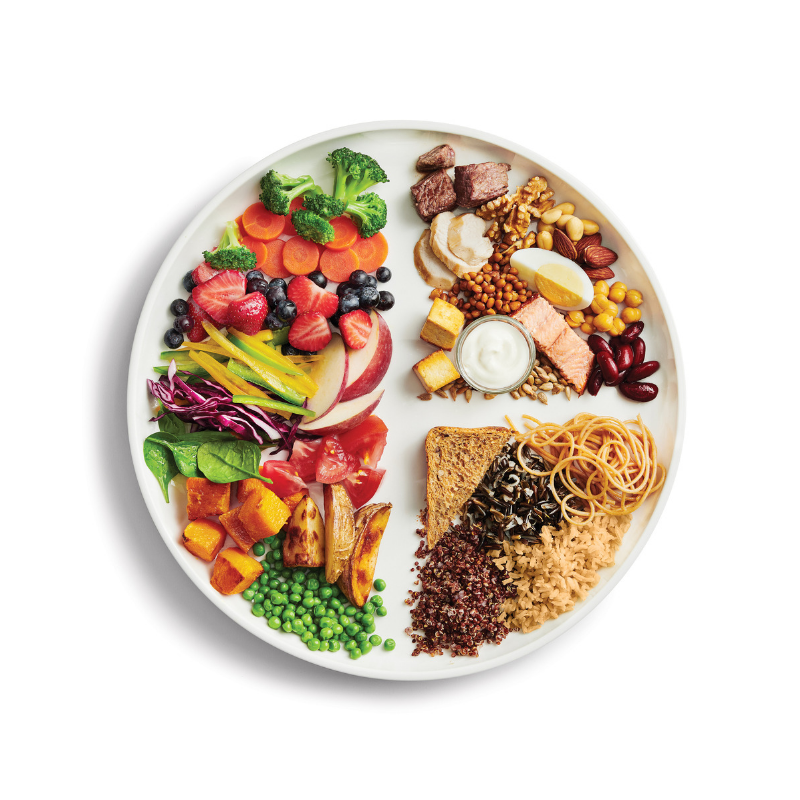 Another cause of bloating would be not chewing enough of your food. Most people tend to chew a little bit and then swallow. It is important to chew food to a mushy consistency and to almost liquid if you have a weak digestive system.

So you're not thinking about how much you're chewing and when you're having grains, you're not going to be digesting them in the stomach.

You're going to be digesting grains either in your mouth or in your small intestine.

Now that's something I didn't even know was true before I was educated on it. Grains can be a culprit for bloating in the stomach.

So look back on the meal you had before you started bloating and say, “Did I have any grains, and/or a lot of starches?” And that could be the reason.

You want to make sure you're chewing more in the mouth to digest your grains. And also you want to reduce the amount of food portions on your plate and have a little bit more later on and see if that alleviates the bloating problem. (smaller meals more often)

Grains can be a food sensitivity for a lot of people and it might be gluten. It might be just one particular grain.

Maybe wheat which is a very common one but it is not the food's fault. It's due to a lack of the proper gut bacteria that breaks down that food.

So if you do have an imbalance, there's no test to see what gut bacteria you're low in anyways. Okay!

But all you can do is experiment and see.

Maybe take that food out that you eat a lot of and then put it back in later. And if you get the bloating, then you'll be able to know, okay, that's the one take that out.

And then you have to work with a health and wellness practitioner to build up the good gut bacteria that you need.

Then maybe later you'll be able to put that food back in and digest it better.

So yeah, grains can be problematic when it comes to food sensitivities as well as eggs or nuts. And some people can't do dairy products.

So you just want to look at your food journal, which is good to keep if you're having a lot of digestive issues, especially with bloating and to determine what is it that's causing it.

It is just a process of elimination and just bringing it back in after three days and then you'll be able to see. Just do one food at a time though. Not, not too many at once. Cause then you won't know. Right?

You may be eating the foods together in the wrong combination.  It may cause you gas in the meantime.  You can try the layering technique. 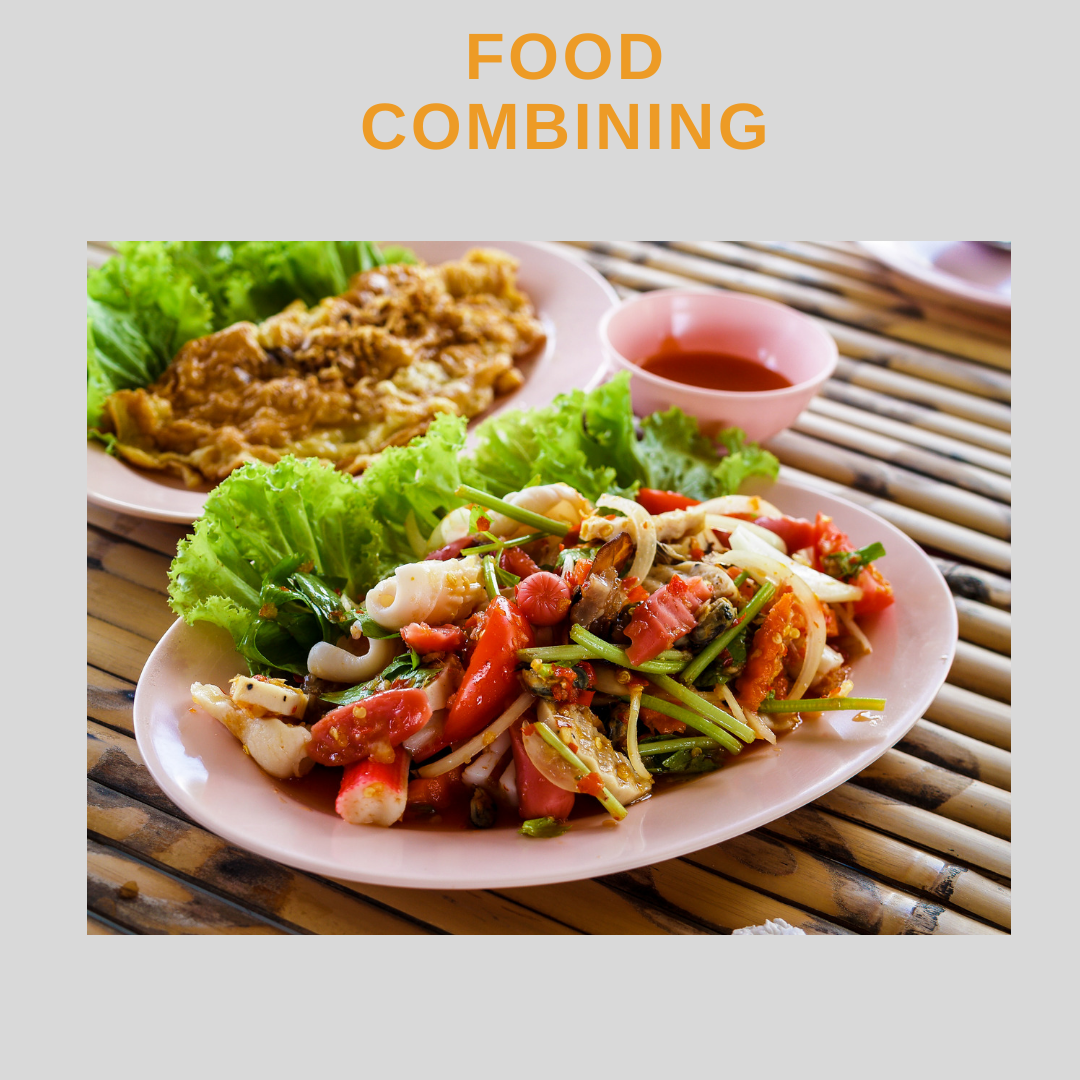 You want to look at maybe just eating your grains first and then leave the meat till the end. Or just leave it out altogether, depending if you want to eat it later. Everybody's different, right?

If you’re eating meat with grains together, that can cause digestive issues because the grains are digested in the mouth and the small intestine and the meat protein is digested in the stomach.

You see that can cause bloating if you're having difficulty with digestion. Some people have a weaker digestion.  In this case you would also eat fruit alone as a rule.

It may not be very simple to end your bloating problems but you have just read the possible causes to help you identify what you can work on changing:

Is there one possible cause in the above list that you will try to work on this week?  Let me know in a comment below. 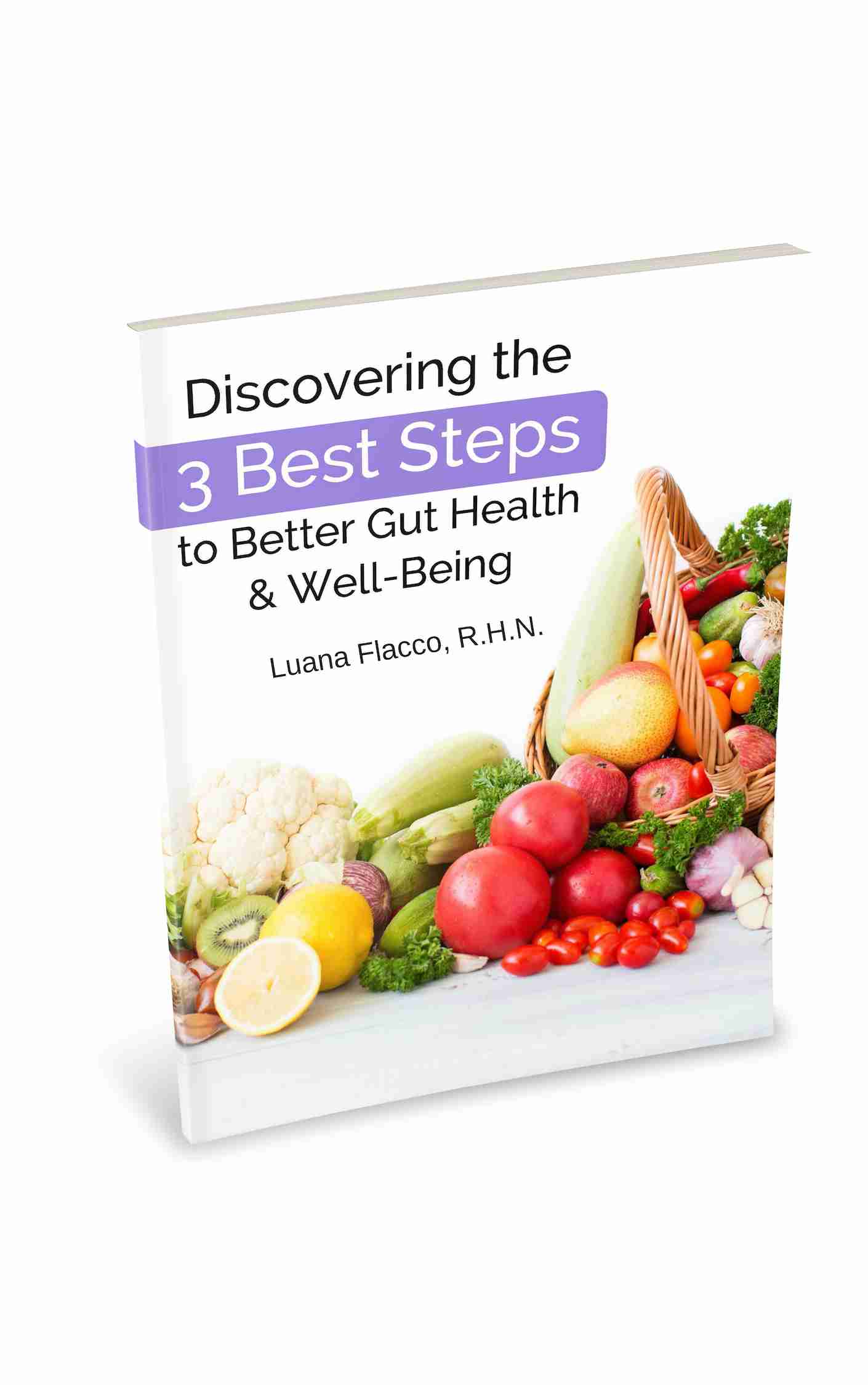 If you are a woman suffering from indigestion and low energy including feeling constipated and bloated then you need this guide!

Get access to my 3 Best Steps to Better Gut Health & Well Being so you can FINALLY start to have better energy, less discomfort, and feel fantastic in your skin and clothes!

How to Get Enough Vitamin D

Healthy Eating! Get the Facts!

5 Simple Habits to Boost Your Energy Without Following Strict Diets

So that you can be more productive in your day and live your life with joy.

Here are your next steps: